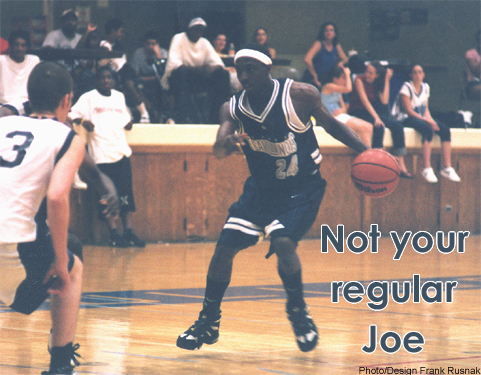 "There were big upsets early and people weren't playing to the best of their capabilities," said Perry, who helped his Mixers to a NIT Championship title. "Guys were thinking they could just go out there and win because of who they were."

Possibly then that is why in a tournament full of over-hyped superstars, it was a team, the Illinois Hawks, without a starter over 6'2" and no house-hold-names to speak of that ended up winning the whole thing, with a victory over the Chicago Demons White.

Joe Ballard, Kris Harris and Marquis Johnson made the move from the western suburb of Hillside to the west side of Chicago, to attend 'The House' this season.

Ballard, a 6'1" combo guard, was the surprise of the tournament with his accurate outside shooting, aggressive play and all-around scoring.

"Everybody's out here with superstars and we just got average people doing our thing, playing together, playing defense," said Ballard, who attended St. Joseph as a freshman before he stayed at Proviso West for the past two seasons. "I'm underrated, but everyone will realize it."

A four-year varsity player, Ballard is ready to make the move to the mean streets of Westinghouse. His father, a pastor, works at a church near Westinghouse and he said he grew up being in the vicinity most of his life.

"It won't be too much of a change for me because I grew up around there," he said. "There's more gang activity and all that, but you've got to look past that and go on and do your business."

The only visible ingredient missing from Westinghouse this season is size. Add in 6'7", 260-pound DeAndre Thomas, who played with the Illinois Fire over the weekend, and not many appear to be on Westinghouse's level.

"We've got a lot of talent and a good team," Harris said. "If we play together there is nobody who could beat us."

With the addition of the transfers, Westinghouse looks to be a serious pre-season contender to win the Class AA state title, as they did in 2002 under the guidance of Head.

Head, who continues to referee in his spare time, said he would like to get back into coaching within the year. He noted, however, that coaching AAU/summer basketball is what he got his start in and his true love.

Memorable moments of the tournament: