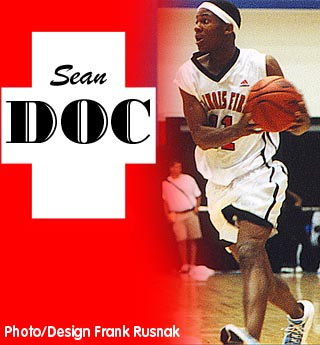 Duke-bound Sean Dockery operates on his competition
while on the floor.